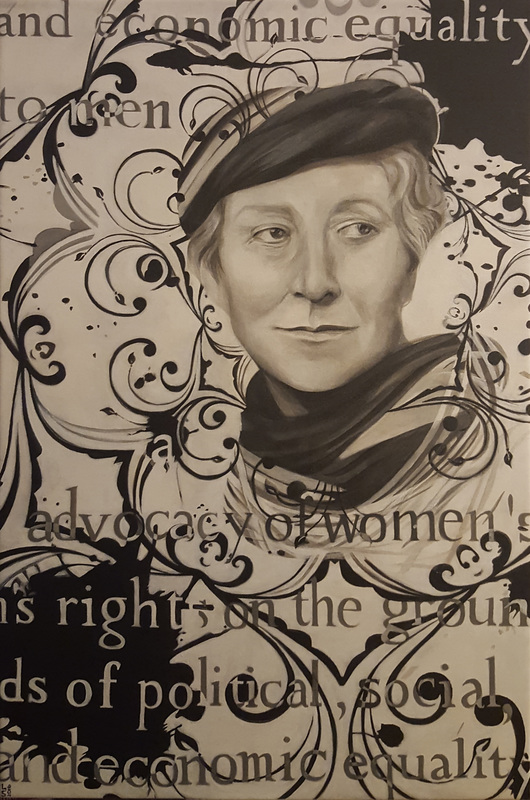 Mary (November 24, 1877 – December 5, 1939) was born Mary Josephine Quinn in Indianapolis, Indiana to Thomas F. Quinn and Anne E. Gleason Quinn; she was a pioneer modern art collector and one of the founding trustees of the Museum of Modern Art.

Sullivan attended public schools in Indianapolis including Shortridge High School, and in 1899 moved to New York to study art at the Pratt Institute. In 1901 she was hired as an art teacher in the Queens, New York school system. The New York Board of Education sent her abroad to observe the curriculum of art schools in England, Scotland, and Germany. She traveled to France and Italy during this trip and there she was exposed to the modern art movements of the time.
In 1910 she resigned to study at the Slade School of Fine Art in London. Upon her return she accepted a position at Pratt as an instructor of design and household arts and sciences.

​  Sullivan also organized a group of patrons of the Indianapolis Museum of Art who called themselves the Gamboliers; these patrons donated modest sums toward the purchase of works chosen by Sullivan which were then given in the group's name.

Below is the progression of this painting.