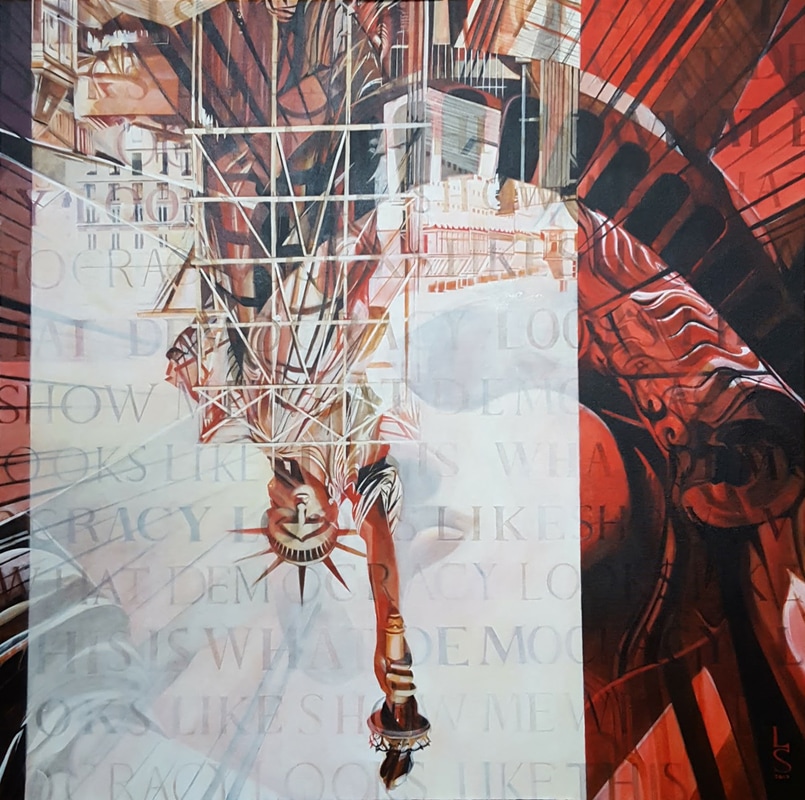 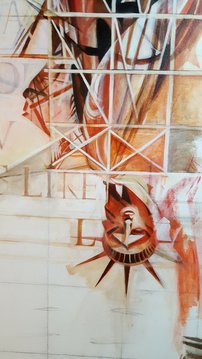 My mixed up feelings about America and how quickly we are becoming something unrecognizable has inspired my newest painting.  It is titled Principio Obstate  which is from a latin proverb and means "resist from the beginning".

This painting uses an icon of the United States of America, the Statue of Liberty, as the subject matter.  The statue was chosen for two reasons.  She is female, and therefor a symbol of  women's rights as well as human rights.  She is caged by scaffolding and upside down because these rights are endangered.  She also represents American liberty, something that hangs tenuously in the balance for many people in America.

Yet even in this distressing state there is another Statue of liberty that is upright in the background.  This layer represents the beauty of democracy.  There is always something to balance power and speak for the people, no matter how far in the background and obscured.

The statue of liberty is actually a historical photo of it under construction in France.  The statue was designed by Frederic Auguste Bartholdi, the statue was a gift to the United States from the people of France.