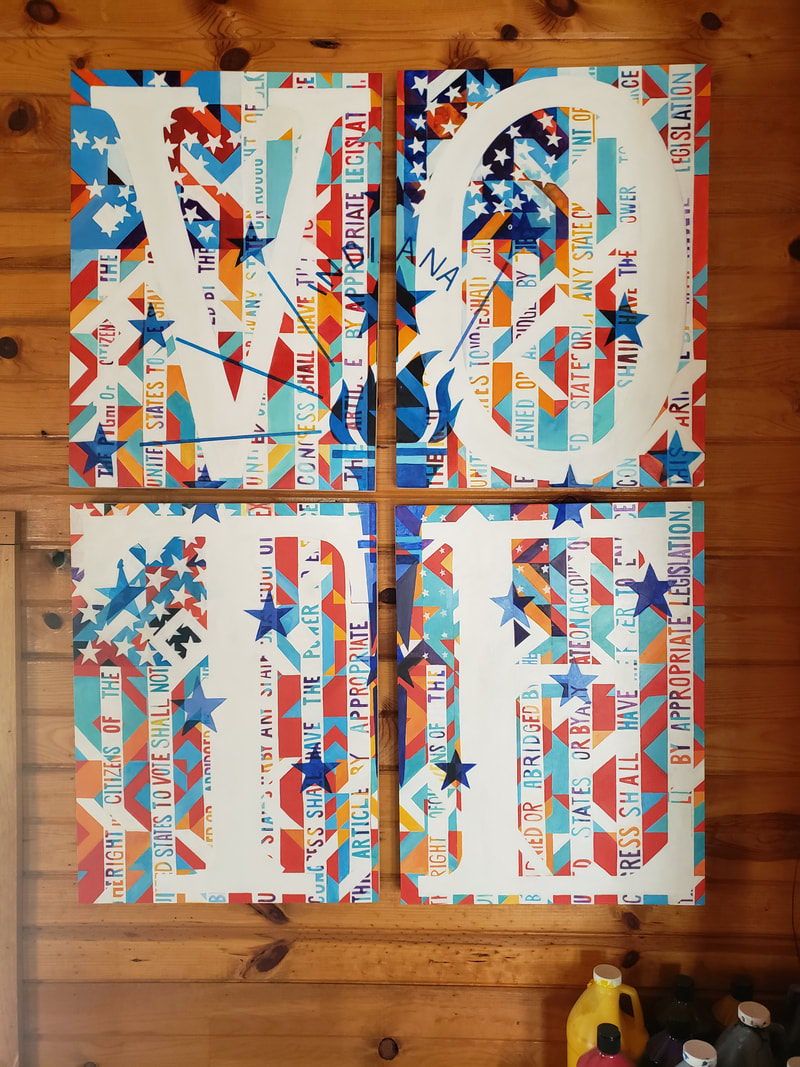 
During the 69 years that Hoosier women fought for suffrage, the United States had 14 flags.  States were being rapidly added. Sometimes the flag design only lasted a year. To unify the flag idea with my idea of using four panels, I selected four flags.  Two that bookend the women's suffrage movement in Indiana, and two that were used longer than the rest. The top left is the 31 star US flag from 1851. It lasted 7 years.  Seven flags later (the top right flag) is the 38 star US flag from 1877. It lasted for thirteen years. Three flags after that came the 45 star US flag from 1896 (in the bottom left panel).  It lasted for 12 years. The flag that flew across the country on the day that women finally achieved the right to vote is the 48 star US flag (the flag on the bottom right panel).
Indiana didn’t have its own flag until 1917.  It is incorporated in the center of the image.
Quilts had a huge impact on women’s ability to meet and discuss their rights.  As a nod to that element in the fight for suffrage, there is a geometric quilt pattern layered across the four panel design.
The final element incorporated into my design is the text of the 19th amendment.  It is present on all four flags in the white stripes.